A Video About Five Poets 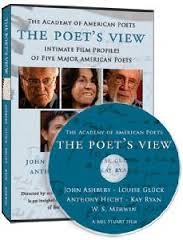 Part of the point of this blog is to get to know some of the many, many poets out there past and present. This goal was helped along by The Poetry Foundation when they lured me into another level of membership by promising me this video and an award-winning book once a year.

The DVD they sent promised "intimate film profiles" with "Masters in the Art of Poetry Reading Their Work Discussing Their Craft, Recounting Their Lives." Pretty serious stuff.

My initial frustration was over the fact that no running times were listed on the cover or on the disc. Each of these PBS-style profiles turned out to be about 20 minutes long.

Each profile provided a scan of the poet's books strewn across a table. Each segment included discussions about writing and influences. Each poet read some of their poetry. To my happy surprise, Suzanne Pleshette narrated three of the five segments.

I could see getting addicted to these profiles (if any more were available).

John Ashbery read "Some Trees" (which we studied in that MOOC last year). He talked about The New York School and his interpretation of it, about O’Hara, Skyler, Koch and each of their roles in the group, how being a member involved meeting famous artists. He talked about Larry Rivers and Jane Freilicher (who are recurring characters in the O'Hara biography I'm reading). He read "At North Farm" and talked about life in France and his job as an art critic. In his late 30s his poetry career was not successful and he considered abandoning poetry. Then he thought, why deprive himself of something he liked doing? He read "This Room"  and talked about how a poem takes over and how a poem knows when to stop. The poem is smarter than he is. J.D. McClatchy commented that his language is never privileged; that he writes about ordinary things. 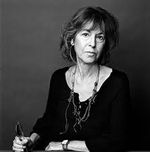 Louise Glück reminded me of aging baby boomers as she sat curled up in a chair, thin and wearing black. She reminded me of second wavers who drink water from big wine glasses. She also reads like a poet, full of gravitas. Turns out she hates readings, giving or going to them, saying the poet is intervening with the poem and the reader and that the human voice can’t reproduce what’s on page. Although I enjoy poetry created to be spoken word, I agreed with this. Some poetry and prose performs better inside heads.  Same as some characters are a disappointment when you get to know them in a novel and you visit them later in a movie. We find out that Glück was once anorexic. This was the only documentary to mine old 1970s interview footage and readings. She sayed she can’t predict when she will receive “the stimulation” and didn’t want to write anything glib, facile phony, or ersatz…she uses a lot of synonyms in her commentary.  She said the poem banishes you and the doors don’t open anymore. She read "Landscape Part 3," "The Encounter,"  "Landscape Part 4," "Prism, Part 3," "Mock Orange," and "October, Part 3." She said she enjoys teaching because she's in the presence of the evolving mind versus the static, published unapproachable mind.

Frank Bidart reads her "First Memory" poem, which I loved. Bidart looked like he had a hoarders office of books and DVDs. Robert Pinsky said he likes her use of plain language. I ended up relating to her much more than I anticipated. Maybe it was the anorexia thing. I'm looking forward to reading some of her books I have: October and The Seven Ages. 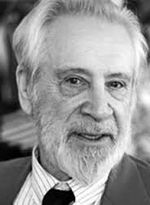 Anthony Hecht in his old age reminds me of actor F. Murray Abraham. I knew the least about Hecht but I liked his adjectives and long sentences. He said W. H. Auden taught him who would last as a poet with this question: do you have something urgent to express or do you like words and language? (The later is the right answer.)

Hecht wears a lot of bow ties and we are shown pictures of him as a cute young Hecht. In the military, he was at Buchenwald and he writes about it. He says poetry wouldn’t support anyone.

He reads "A Hill" which I loved, "An Old Malediction," and "More Light! More Light!"

Kay Ryan – I liked her short pieces. She said she writes without ideas, in a desire to stop doing nothing. She was the only poet of the bunch with an unexceptional, ordinary house. Like some of the other poets, she doesn't write with a computer. She said this is because she wants to save her mistakes. She initially self published. She writes to talk back to herself or other poets.

She read "Theft," The Past," "Home to Roost," and "How Birds Sing" which is installed at the New York Zoo. She loved the idea of kids running over her words. Dana Gioia read "Carrying a Ladder." 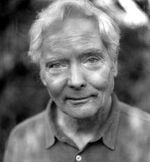 M.S. Merwin is someone whose poems I hated in graduate school. I even wrote an obnoxious-smelling review of him for a David Rivard class. But I like him now, which I can only chalk up to coming out on the other side of Zen Buddhism. But at the time, I was annoyed by what I felt were affectations: no punctuation and spiritual, airy, vague language.

In this video he discussed his feelings about punctuation, how it had been overused and he didn't like the long sentences hung together by punctuation. He hates the use of air commas by people. He feels there is an electric current in words. Myself, I'm still fond of punctuation and believe punctuation marks have their own energy. Maybe this is because I watched all those Victor Borge segments on Sesame Street in the early 1970s.

Merwin said he was not made to be academic and still loves Robert Louis Stevens' A Child's Garden of Verses (one of two poetry books stashed on my nightstand as a toddler) and the poem "Where Go the Boats." He said he visited Ezra Pound in the psych ward and Pound told him to write 75 lines a day which Merwin did by doing translations for practice. He said he was in a social group with Robert Lowell, Sylvia Plath and Ted Hughes. He read "Yesterday," "The Comet Museum,"  "Late Spring" (which I loved), "To Lingering Regrets," and I think one called "To the Worlds" about 911. Angelica Huston narrated that one.