Poems Found in Truth or Consequences 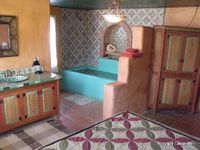 In June I took Monsieur Bang Bang to Truth or Consequences for his birthday. We stayed at The Firewater Lodge, one of the old 1940s-era motels in town being renovated by neo-hippies. We liked this one because the rooms actually have hot springs inside and you can bring your dogs.

So you can do this combination of soak/sleep/soak/sleep which is pretty darn nice.

While we were there we visited the Geronimo Hot Springs museum, the local town museum. There I came across two poems. The one below is titled "Hell in New Mexico." This is the same poem Johnny Cash sings on his Mean as Hell album, except (as I remembered from my many listenings as a kid), in the Johnny Cash version, "Mean as Hell," Cash changes the reference from New Mexico to Texas. I like that version better. Read along with Johnny Cash. 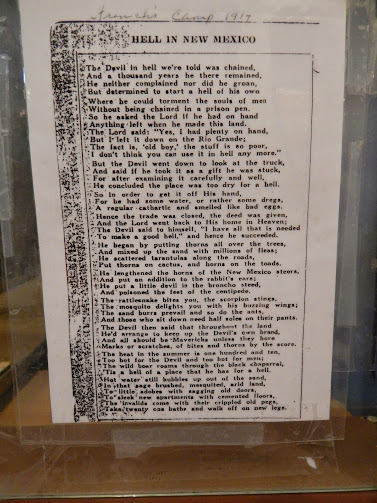 Farther on, I found a stack of books by a poet named Eugene Manilove Rhodes. (Manilove sounds like a Barry Manilow fanclub). He was dubbed the cowboy chronicler. 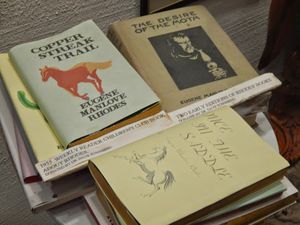 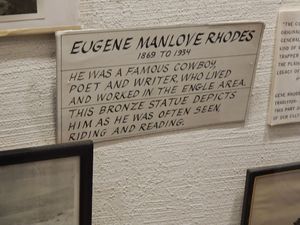 Here is the poem the museum had on display called "Engle Ferry:" 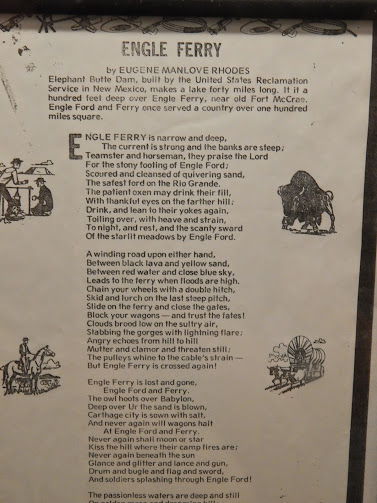 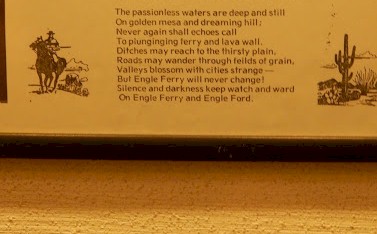 Posted at 08:10 PM in Today's Pillar of Poetry | Permalink