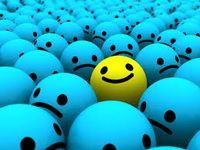 More affirmations culled from The Book of Awakening by Mark Nepo:

Our strength will continue if we allow ourselves the courage to feel scared, weak, and vulnerable.
--Melody Beattie

This reminds me of  a story I have about Melody Beattie's wonderful book, Co-Dependent No More, How to Stop Controlling Others and Start Taking Care of Yourself. Many years ago a therapist of mine recommended the book and it really helped me. Two years ago, I met a woman in Santa Fe who was struggling with the issue of trying to fix her alcoholic boyfriend. I loaned her the book and a week later she told me a story about how the boyfriend went into a tirade when he saw it, ripped it up and then threatened her physically. She kicked him out and then promised to buy me a new copy, one she said was already re-ordered and in the mail. Weeks later a co-worker was helping her after another drama with her estranged boyfriend and when she mentioned the word 'co-dependency' our co-worker, a horribly dysfunctional and co-dependent woman herself, told us she defiantly didn’t believe in co-dependency. The concept was a bunch of malarkey. Needless to say, I never saw a replacement of the book and I miss all my marginalia from the allegedly destroyed copy. I guess I should stop being so co-dependent on my book.

To let knowledge produce troubles, and then use knowledge to prepare against them, is like stirring water in hopes of making it clear.
--Lao-Tzu

Mark Nepo goes on to say "the mind is a spider that, if allowed, will tangle everything and then blame the things it clings to for the web it wants to be free of."

How can you follow the course of your life if you don not let it flow?
--Lao-Tzu

To be broken is no reason to see all things as broken.
Mark Nepo