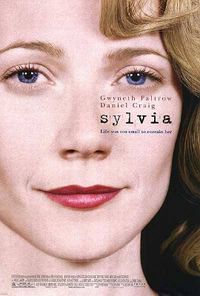 When I moved to Albuquerque, I discontinued my Netflix for a few months. Now they insist I buy the streaming before I can get my DVD plan back as well. All my Netflix streaming friends and relatives tell me I don’t need the DVD plan anymore because streaming is so great; but I do not find this to be the case. Of the 33 movies I have listed in my Netflix que for DVDs, only four are available on streaming. Four!! To get access to these movies I would have to pay over 15 dollars a month. So I cancelled my Netflix and signed on with a company called Green Cine. They have more of the older, independent movies and documentaries I want. They don’t have as many as the Netflix DVD library had but they have many more than streaming did and they charge me per movie or a monthly charge of less than $10 a month.

The first movie I rented was the BBC Film Sylvia (2003) with Gwyneth Paltrow as Sylvia Plath and Daniel Craig as Ted Hughes.

I’d recommend this movie for these reasons:

Posted at 02:20 PM in Poetry Technology, Whole Life of the Poet | Permalink