The Benefits of Poetry Classes 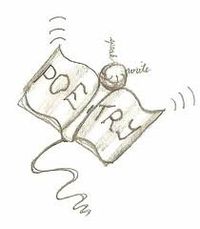 In one marketing manual I read last year, the author stated the key to success was to always be learning. I agree with this and so I plan to always be a student.

With the rising costs of college, not everyone can  afford to continue with the big degree programs. But community college classes are a great alternative.

This spring I took a poetry workshop class with Barbara Rockman at the Santa Fe Community College. I took this popular class last year also and in each class I met others who had taken the class more than once. I was so excited to be back in touch with other poets that last year I got a little teary-eyed. I loved picking up copies of everyone else's new poems at the start of each class. All those new poems--I got a kind of a shopper's high.

What I've learned in Barbara's classes:

This spring I also took a class on Nobel Prize Winning Poets taught by David Markwardt. We studied the first half of all the Literature category winners who were poets. Most of them I had never read.

Because three of our six writers were Spanish-speakers, we talked a lot about the art of translation, including discussions on:

I really enjoyed these classes and was sorry to see them come to an end. Whenever I take a class in ceramics I find some new inspiration or new way of looking at things from each new teacher. Different teachers see things differently. One might show you how to work the wheel with their technical advice, but another one might have some spiritual advice that gives you just that little extra push towards understanding. Honor every teacher's point of view and this will broaden your own knowledge of any craft.