The Poetry of Lucinda Williams 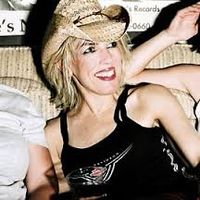 Ever since I did the post about poets who have read poems at presidential inaugurations and discovered singer-songwriter Lucinda William's Dad, Arkansas poet Miller Williams spoke at Bill Clinton's second inauguration, I've wanted to do a post on Lucinda Williams here.

I was fortunate to have seen both Lucinda and Miller Williams at a concert/reading they did together at Royce Hall at UCLA years ago. I've also read Miller William's book Making a Poem. But before I even knew about him, I was a fan of Lucinda.

My dad is a huge fan of Lucinda Williams and one day he sent me five CDs from her long oeuvre. Coincidentally, I had just broken up with a Northern Irish boyfriend I had in Los Angeles. I was ripe for the kind of tragic break-up lyrics she had to offer.

My two favorite albums of hers are Essence and World Without Tears. Lucinda did a run of shows in LA where she performed a different album every night with special guests. I chose to go to the show where she played Essence. My boyfriend's favorite alt-country singer, Mike Stinson, was there that night to play with her. He was on the arm of famous groupie-tell-all-author Pamela Des Barres and they stood right behind us when Stinson wasn't playing on stage.

Lucinda has an element of gritty southern gothic in her music and  lyrics. In fact, I feel her songs are driven more by their poetry than by her melodies or arrangements. From Essence, the song "Lonely Girls" really lingers over the words in a kind of mesmerizing plodding dirge:

In the creepy song "Get Right With God," she sings

um World Without Tears, my favorite song is "Worlds Fell," which is all-in-one a tribute to a love affair, an homage to the words that helped to bring it out, and commentary on the uselessness of words in emotional moments:

Words Fell
Like roses at our feet
When you let me see you cry
You silent lips against my cheek.

Lucinda Williams songs have a starkness compared to other rock and pop songs because she doesn't always use rhyme, even off-rhymes. Her stories are rough-shod and her lyrics are filled with hard-edged descriptive nouns. Her songs alternate between bar-soaked heartbroken ballads and righteous alt-country rockers.

Interestingly one of my favorite poets is Kim Addonizio and this year I found a quote on her website that said "Kim Addonizio writes like Lucinda Williams sings." Andre Dubus III

In other ways Lucinda has influenced the events of my life. I met Mr. Bang Bang eight years ago on Match.com. He said he responded to my profile because I had listed Lucinda Williams as one of my current favorite artists. I had just been to see her open for Willie Nelson at the Santa Barbara Bowl with my dad. That show also made me a lifetime Willie Nelson fan. For a while I fantasized about starting an all-girls tribute to Willie called Nellie Wilson. Ah, the dreams of youth.

Posted at 12:06 PM in Today's Pillar of Poetry | Permalink