A Book About Explorers and Frontiers

Why Photographers Commit Suicide is out today on Amazon and in eBooks from Amazon and Smashwords.

The book explores, in small narratives and lyrical poems, the American idea of Manifest Destiny, particularly as it relates to the next frontier—space exploration. We examine the scientific, psychological and spiritual frontiers enmeshed in our very human longing for space, including our dream of a space station on Mars. These poems survey what we gain and what we lose as we progress towards tomorrow, and how we can begin to understand the universal melancholy we seem to cherish for what we leave behind, the lives we have already lived. We unearth our feelings about what it means to move ahead and stake out new territory, and what it means to be home.

I love so much about how this book turned out: the press logo (thank you Jeff), the artwork (thank you Emi!), the introduction (thank you Howard!).

I'm so appreciative of all the help I received from other poets, artists and the universe itself, which has poked me ever so gently down this path.

Posted at 09:58 AM in Books to Read, Poems on Mars Project, Poets in Action, Publishing | Permalink | Comments (0)

Self Publishing: The Last Stretch with ebooks 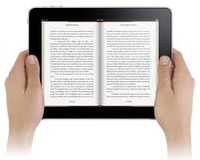 I hear a lot of older writers pooh-poohing ebooks. Poets seem to especially hate ebooks because poets tend to be nostalgic for a time before e-anything.

And I can relate. I dreaded the impending popularity of ebooks for many, many years. For one thing, I love books. I love them as physical objects. I love the way they smell. I love they way they sound when you bend back the cover. I love the character wrinkles the creases make on the spine. I love the worn look of book that has been read over and over. I love to see books stacked in every room of my house. I love leaving a book on my chair and knowing no one would ever dream of stealing it, even if it was a Harry Potter book. You can't take a Kindle or a Nook or an iPad to the beach. Well, you could but it wouldn't be very convenient if sand short-circuited your book or if someone stole your entire library!

Secondly, I'm from the book generation (1500-2007) and not the device generation (kids today). And so are my parents. They are not going to be impressed by an ebook, just as they weren't impressed by my websites or my blogs. eThings are for crazy people. My parents will not reconsider their enduring idea that I've wasted my life with this poetry stuff unless I produce something on paper.

Well, tough titties for me because ebooks are here and they're still here and get used to it. Kids today love the e-formats and ebooks are rewriting publishing history. And if we're at all adult about this situation we have to admit: we're writing for the future and not for the past. That's the cold hard fact of the matter.Poets won't start winning the culture wars with their fuddy-duddy ebook hatin'.

I felt my pain about this for many years and finally let it go and learned how to format an ebook.

Problem is--poetry is incredibly difficult to format to show correctly on all variations of ebooks. Some insist it can't be done. Just ask Billy Collins.  But thankfully, html hackers have uncovered some work-arounds that helped me and my ebook struggles over the past few weeks. After years of working as a consultant on ICANN's website, I was able to use my knowledge of html to format the poems for ePub, mobi, PDF and many other formats downloaded from Smashwords and Amazon. This wasn't without drama, however. Many of my poems have indents of various sizes. The book has graphics. One particular interior graphic continues to give me and my designer a hard time. We may have to sacrifice it for Kindle edition. My draft Kindle looks great if you download it from Amazon but not if you download it from Smashwords.

But other publishers had done it so I can do it. In fact, one of the published faculty at IAIA told me last week that his book on Copper Canyon was available on ebook and so it is: Preliminary Report by Jon Davis.

I don't for a minute believe that physical books are going to disappear. But if you want to publish in the 21st century, you must make peace with ebooks. I have to admit, on the iPad poems look quite lovely. 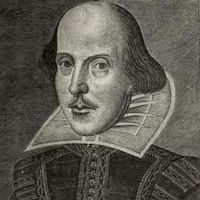 These are forms I'm oft working with, by the way. We're locked in a love-late relationship.

1. Pantoum
Four-line stanzas in which the second and fourth lines of each stanza serve as the first and third lines of the next stanza. The last line of a pantoum is often the same as the first.

Expertly rendered, the result is always an obsessive compulsive poem with turrets.

2. Epistle
Poems that read as letters.

Is this an angry letter to my mother, my ex-lover or the most eloquently peeved letter city parking enforcement has ever received?

It’s pretty for a dirge. But that’s like some jerk in LA calling you New York pretty

4. Sestina
The sestina follows a strict pattern of the repetition of the initial six end-words of the first stanza through the remaining five six-line stanzas, culminating in a three-line envoi.

Is this a poetic form or some Byzantine bureaucracy of a rhyme scheme? It is a scheme indeed. A scheme to make me lose my mind.­­­

5. Haiku
A three-line poem with seventeen syllables, written in a 5/7/5 syllable count.

Either I’m a simpleton, a guru or a comedian.

Group poems ruin friendships. A brilliant narrative will always be unthreaded by your former bff who punctures your ingenious plot twist with the words “Betsy awakens./Like the dawn, all before this/was just a fool’s dream.”(see #5)

7. Prose
The prose poem essentially appears as prose, but reads like poetry.

Some say this is fiction-short’s wannabie. I say I worked and reworked my line breaks until line breaks became meaningless.

Does the modern reader really have the attention span for this? Not unless I can figure out a way to turn two seasons of the TV show Wilson Phillips: Still Holding On into epic verse.

10. Sonnet
Sometimes there’s so much traffic in this poem, it’s hard to make the turn.

Moment of Craft Fridays: Acclimate to the Question 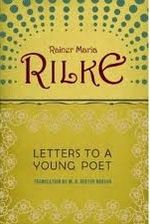 So who hasn't had this book recommended to them about fifty times in their poetry studentship? Letters to a Young Poet by Rainer Maria Rilke must be the most-recommended book for young poets...heck, the title implicitly begs to be read by novice bards.

I pulled off my copy (that I bought in Westchester, NY, back in the mid-1990s) from the bookshelf and opened a page randomly for some craft advise for today.

Bingo! That's how easy this is!

"You are so young, so before all beginning, and I want to beg you, as much as I can, dear sir, to be patient toward all that is unsolved in your heart and to try to love the questions themselves like locked rooms and like books that are written in a very foreign tongue. Do not now seek the answers, which cannot be given you because you would not be able to live them. And the point is to live everything. Live the questions now. Perhaps you will gradually, without noticing it, live along some distant day into the answer.

What a good focus goal: to write about one of your questions, letting go of all possible answers.

Nut Up or Shut Up

This week, as I was looking for bit of craft from Rilke's Letters to a Young Poet, I accidentally came across some good quotes for giving confidence when going out on a limb as a poet. Considering my latest projects, this was somewhat serendipitously comforting.

...rejoice in your growth, in which you naturally can take no one with you, and be kind to those who remain behind, and be sure and calm before them and do not torment them with your doubts and do not frighten them with your confidence or joy, which they could not understand.

...[you are] in a rough reality of being solitary and courageous.

Can I stop tormenting my husband with my doubts? This remains to be seen.

Self-Publishing: the Cover is Done! 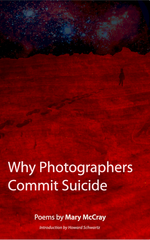 So now it feels like we're getting somewhere. The cover has been finalized! Whoo-hoo. Now goes the cycles of fixing the innards.

There are some benefits to having a parental publisher. We talked about this somewhat when we talked about the pros and cons in our first post about self-publishing. The publishing business is changing and DIYers are now poised to take advantage of that in a forceful way. But it is a lot of work. And if you don't put in the work, it shows.

There's a local publisher in my hometown who I met with once. They sent me a letter full of typos and I went in to talk to them. They do two kinds of publishing: what I call "parental publishing" (traditional publishing) and they are also what Mark Levine calls a subsidy publisher (you pay them to step you through POD publishing). What you get with them is basically an imprint logo to live behind...but little else. You do get copious amounts of layout calamities and typos (at least in all six books of theirs I've seen). And it was this experience meeting with them (along with a year-long market study and my own track record with DIY) that inspired me to go ahead and do-it-myself. Even though this meant I was the one filing for my own copyright. I was the one correcting round after round of proofs and solving layout problems.

In the home stretch, this included deciding how my titles would lay above my poems, where the page numbers would display, suppressing page numbers, choosing page alignments, adding back material to the book to ensure a good-looking spine. Otherwise, my book would look more like a chapbook.

I also had to proof my apostrophes and quotation marks to make sure they were displaying right, my hyphens, my paragraph justifications and indents, italicized words, where poems would break from page to page. After every change I had to redo my own Table of Contents and recheck it. I had to make sure names were spelled right and decide if this book was either the poetry of Mary McCray or poems by Mary McCray. I had to make sure our imprint logo looked swell on the cover. I had to nudge the artists to see if the artwork was getting done. I had to shell out some cash to have the book proofread.

I had to start looking at books of poetry on my bookshelf in an entirely new way. 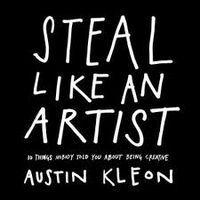 Another poetry blog I was reading Monday alerted me to this New York Times Bestseller: Steal Like an Artist, 10 things Nobody Told You About Being Creative by Austin Kleon.

There's a zillion books out there on creativity but Kleon's take is brill: organize it with a simple list structure combined with the revelation of some secret, previously withheld knowledge and add overt permission to pilfer slapped like a bow on top.

All the great ones steal. Just ask Meryl Streep and Michael Caine.