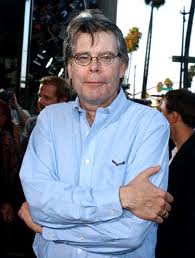 At poetry writing conventions and conferences, you can easily call out the poetry snobs right away because they will consistently provide disparaging comments about either Stephen King or Billy Collins if one of their names is somehow brokered into the conversation.

They are discerning after all. They would never read Stephen King.

But I am a fan of pop culture (as well as a student and a victim of it) and I prefer the company of other pop culture gutter rats.

Although I wouldn't say I'm a fan of Stephen King. I have grown tired of movies based on his books, his style as a columnist can be off-putting in a Dave Barry kind of way (and yes I saw their band once, The Rock Bottom Remainders, at the Los Angeles Book Festival) and I once had the misfortune of reading the first pages of his wife's somewhat awful novel galleys when I was an intern at Penguin in New York City.

That said, I have read three or four King novels and have appreciated them (Skeleton Crew, The Stand, Pet Cemetery, Carrie and, best of them all, The Shining) and after seeing King read in St. Louis on his Insomnia tour I found myself with a signed copy of his book that I carried around for ten years before selling it for $130 a few months ago on eBay.

King has written two books on his craft (On Writing and Dance Macabre) and I've read and learned things from them both. And I loved The Shining. I loved how he weaved elements from one chapter into major events of the next. I felt that book had real craft about it.

As I feel the presentation of horror has ultimate craft about it: the chilling level of aggression, writing that sinks into your bone marrow, the genre itself a representation of poetic form. The same demands are made: how will the artist break out from this form's structure? What thrilling things can you find in the text and subtext? In your own scary unconscious imagination?

It takes balls to write scary. And sometimes I wonder if poets are ultimately intimidated by it.

"One of the things that makes art a force to be reckoned with even by those who don't care for it is the regularity with which myth swallows truth...and without so much as a burp of indigestion."

Isn't this the eternal dilemma of Truth or Beauty? Which is again why I love a good ghost story. If it's true, far out. But if it's a lie, well then I love how a well-placed lie can contain the truth. And a truth not usually found from the text, but in the vulnerable mind of the reader.

Reviewing my scribbles in Dance Macabre, I found where King quotes the poet Kenneth Patchen:

Come now,
my child,
if we were planning
to harm you, do you think
we'd be lurking here
beside the path
in the very dark-
ness part of
the forest?

Okay, I'm not so sure about those line breaks but I'm intrigued by the short scare, enough that I just ordered Patchen's Collected Poems. Reading his bio on Amazon...

Kenneth Patchen, 1911-1972, was born in Ohio, fought in WWII, and spent the rest of his life invalided by spinal disease. His was a powerful, angry voice that could sing some of the most beautiful love poems of the past century. He moved easily among the San Francisco poets, a contemporary of Lawrence Ferlinghetti of the famed City Lights Book Store.

...highlights how exciting it is when anger and pain really go for the jugular. It's scary to read. I admit that it's not always peaceful and illuminating. But when you experience it, you feel like you're living in a more present way. You're breathing in a more active way, the way that allows you to notice your own living and breathing.

I dissed King's wife Tabitha earlier but she's a crucial figure in the world of horror fiction. In On Writing, King writes:

Someone once wrote that all novels are really letters aimed at one person. As it happens, I believe this. I think that every novelist has a single ideal reader; that at various points during the composition of the story, the writer is thinking, "I wonder what he/she will think when he/she reads this part. For me that reader is my wife, Tabitha. 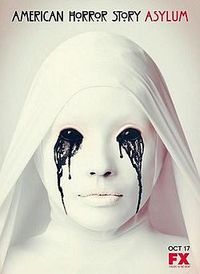 So without Tabitha we probably would not have gone through the thrilling horror of The Shining and we know for sure we wouldn't have read Carrie because Tabitha dug it out of their trash can. Can you imagine a world without these popular melodramas of high school, marriage, neighborhood communities and all their entourage of fears?

Imaging all the crazy inane things that scare Americans? Without Stephen King would we have ever seen the likes of the brilliant F/X show American Horror Story? Don't get me started on those Jessica Lange performances.

For my dollar, I like poetry that shoves me back into the corner of my couch with an afghan pulled over my head.

But maybe that's just me.