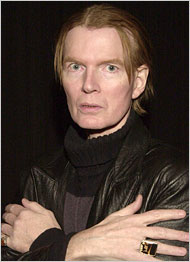 I don't know whose idea it was to go see Jim Carroll read in Manhattan in the last 1990s. My friends Julie and Christopher from Sarah Lawrence were usually on top of the trendy readings in the city and I would tag along, very much a newbie about famous and trendy writers.

I do remember we were near St. Marks and we also saw Lou Reed and Laurie Anderson read that night. I was hooked by Jim Carroll's poems right off. I bought his selected anthology, Fear of Dreaming, and later the book Void of Course.

Jim was already famous for The Basketball Diaries, probably this is what tempted my friends to want to see him read if Lou Reed wasn't a big enough draw. I didn't like Lou Reed's work at all. Maybe Carroll benefited in comparison. However, I still feel Carroll is the best poet at describing Manhattan, the tone of the city as I experienced in the late 1990s.

so beside me
a light bulb is revolving
wall to wall,
a reminder of the great sun
which had otherwise completely collapsed
down to the sore toe of the white universe.

We are very much a part of the boredom
of early Spring of planning the days shopping
of riding down Fifth on a bus terrified by easter.

There are many prose poems from The Book of Nods that I loved, including "Trained Monkey," "Homage to Gerald Manly Hopkins," "Zero's Final Paradox," "Silent Monkey" and "The Buddha Reveals Himself." And I love this poem, "Post-Modernism"

I gather up the giant holes.
Why should I bother with the rock
and sand which fills them?

Why should I bother with distracting weights.
Without elegance, or allow myself to be taken
hostage, leaving only through back doors,
a gun raised to the pulse of my lucid shadow?

Read his obituary in the New York Times.

Posted at 04:00 PM in Today's Pillar of Poetry | Permalink