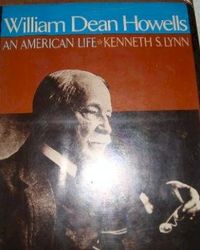 Last year I read Ron Power's biography of Mark Twain (I picked it up for a dollar at the LA Times Festival of Books). There I learned about William Dean Howells as a literary critic (I had read his novel, Hazard of New Fortunes, in college). Howells came up in the old book on Emily Dickinson I read a few weeks ago. His significance in bringing up so many writers of The Guilded Age intrigued me and so I picked up this book, William Dean Howells, An American Life by Kenneth S. Lynn, from the library at Highlands University in Las Vegas, New Mexico.

"Howells is rivaled only by [Ezra] Pound for his sure identification of the literary geniuses of his generation."

His reviews at The Atlantic singled out many underdog writers including:

For some reason, Howells did not review Edith Wharton although privately he stated she was gifted. He also ignored Theodore Dreiser, many speculated, because Dreiser's work in Sister Carrie was too sexual.

Howells championed "western writers" and realists when the literati of the time was stuck in the grip of old Bostonian/New England writers and their romances. Howells said,

"Art must relate to need or it will perish."

Biographer Lynn also takes a close look at the unique heroines in some of Howells' novels compared similarly with Henry James heroines like Daisy Miller:

"One of the primary qualities of James and Howells' American Girl characters is their steel-like will."

Another interesting piece of trivia about Howells: his grandfather and father were both early abolitionists, long before it was a popular cause before the Civil War. Howells became one of the founding members of the NAACP.